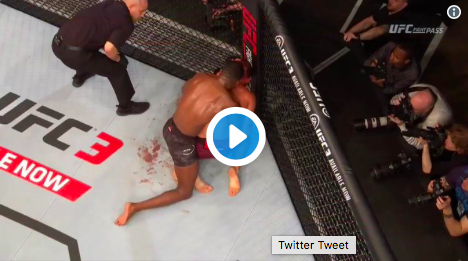 UFC Fight Night 127 went down in London and the event was broadcasted on the UFC Fight Pass exclusively across the world.  The entire event had the crowd standing from the opening fight to the main event inside the 02 Arena.  The first fight on the main card portion of the event was Leon Edwards Vs. Peter Sobotta in the welterweight division.

Edwards and Sobotta started the fight with fireworks as Edwards was able to drop Sobotta to the floor with a strong hook before the two got into a grappling match with Sobotta getting a good submission attempt for the arm lock before Edwards was able to escape.

2nd round was another display of their grappling abilities with Sobotta pushing the action on the floor in a very close round that would be difficult to judge.  In the final round another grappling affair took place with Edwards being able to take control of the action and use his ground in pound to get the ref to stop the fight.  This was an exciting finish, and the Jamaican fighter Leon Edwards showed the world that at 170lbs he is dangerous!