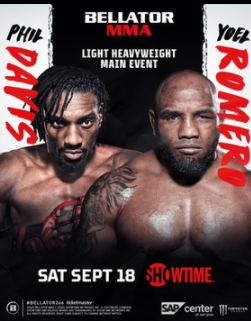 Bellator 266 is coming up fast, in less than two weeks on Saturday September 18 where Phil Davis is going to be facing Yoel Romero and other fighters are going to be having great matches! If you didn’t know who Yoel Romero Palacio or “Soldier of God” as he goes by too is, he is a Cuban professional MMA fighter and is also a former freestyle wrestler. He is currently fighting on the event Bellator MMA, where he is in the Light Heavyweight division where Ryan Bater, Corey Anderson and other beasts compete on. His record is 13-5, he has won against Luke Rockhold, Lyoto Machida and Ronaldo Souza too. On the 18th, Romero is going to be facing a really tough opponent. Phil Kwabina Davis is an American MMA fighterwhoalso fights on his division for Bellator MMA, where he is the former Bellator Light Heavyweight World Champion. His record is 22-5 and he has won some pretty big fights too, for example Wagner Prado, Lyoto Machida, Francis Carmont and other great fighters. The event’s prelims are going to be shown here on Cris Cyborg’s website on the 18th so make sure to stay tuned for that and for further info on the fight. On the event Neiman Gracie is also going to be facing Mark Lemminger. Some other fights are going to be Alejandra Lara vs. DeAna Bennet, Adam Picolotti vs. Saul Rogers, Grant Neal vs. Alex Polizzi, Christian Edwards vs. Ben Parrish, Khalid Murtazaliev vs. Travis and lastly Abraham Vaesau will be facing Albert Gonzales.

Also if you didnt know Cris Cyborg is the former Featherweight World Champion of the world of 4 different events, which makes her the Grandlam Champion. She fought on Invicta, Strikeforce, UFC and is now fighting on the event Bellator MMA. Cyborg has been the champion for 14 years and she has been on ther fighting trip for 16 years. And if you wnt to know more about Cris Cyborg’s life, projects, treatments, trainings and others follow her on her social media and make sure to subscribe to her Youtube channel and subscribe here on criscyborg.com with our premium membership! 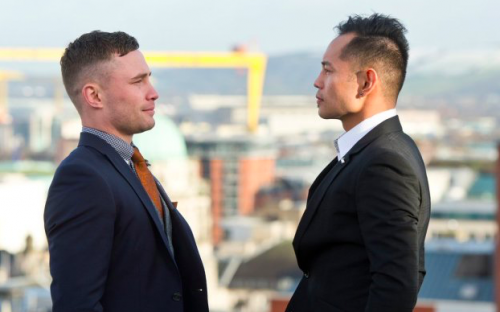 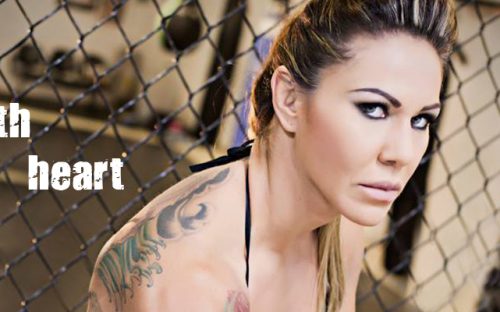 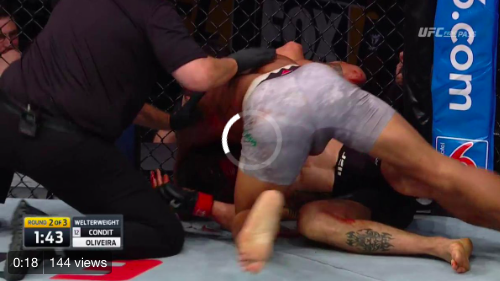 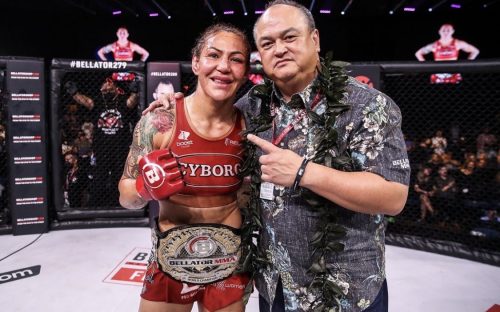 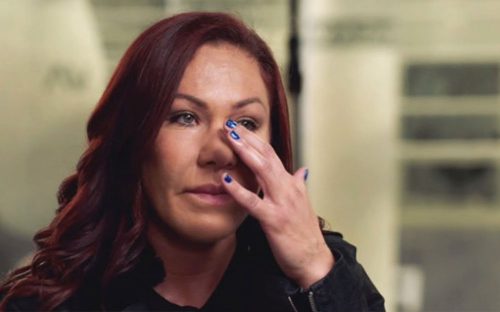