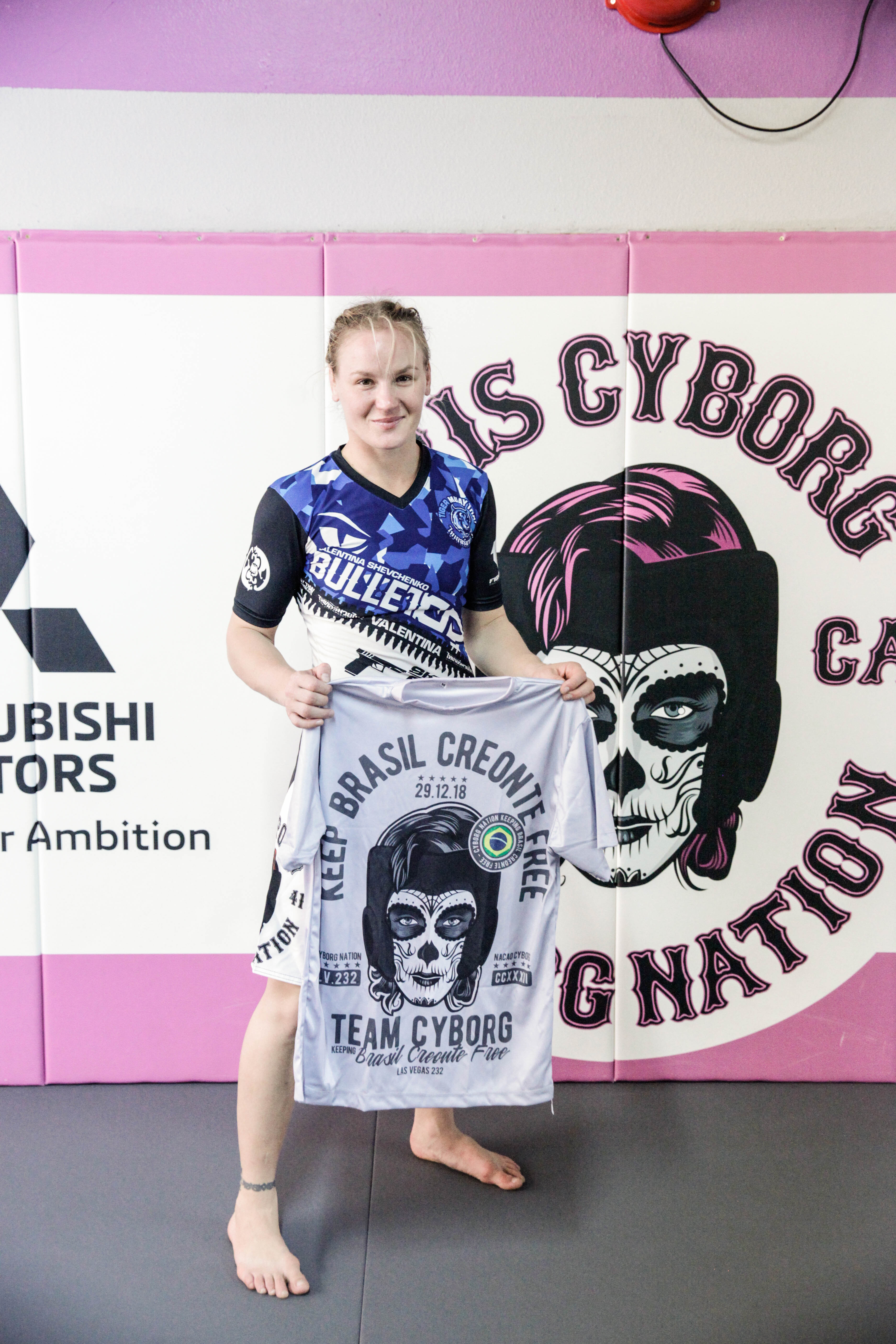 With 16 victories and 4 defeats, Amanda Nunes has only been to a decision twice, with losses to Cat Zingano, Ana Marie India, and a pair of CSA fighters named Alexis Davis and Sarah D’Alelio. Valentina Shevchenko who is currently in camp for the UFC 231 Co-main event and her chance at Gold in the UFC 125lbs division has lost two controversial decision to Nunes, with many fight fans feeling Shevchenko won 5 out of the 8 rounds these two women have fought.

Cyborg who has been working with Shevchenko and her coach Pavel Fedotov on strategy and fight tendencies of Nunes have spent time training in both striking and grappling ahead of the UFC 232 Dec. 29th fight in Las Vegas at the T-mobile Arena.

Friday, Nov 2nd Cris Cyborg will be in New York for the UFC 232 press conference featuring Jon Jones and Alex Gustafsson.  Following the press conference will be the weigh ins for the UFC 230 event.  The event is open and free to the public.  This will be one of the few times Cris is on the East Coast, so we are hoping to see Cyborg Nation show their support!

Fans on Cyborg Nation wanting to show support for Cris should be at the MSG Hulu Theatre 5PM EST.  If you have not ordered your official #CyborgNation #KeepBrasilCreonteFree uniform shirt yet, order anywhere in the world now!