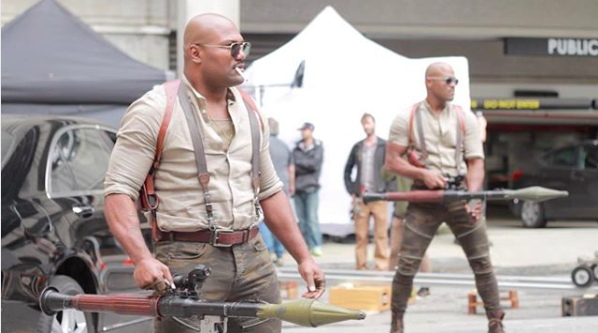 Rampage Jackson and Rashad Evans fought each other in 2010 back at UFC 114 in a bout that Rashad Evans would win via Decision after 3 rounds.  8 years has passed since that fight, and now the duo are back together, this time fighting on the same side, in the new Action Movie BOSS LEVEL

The movie directed by Joe Carnahan stars Frank Grillo and will feature Rampage and Rashad Evans. Look for Boss Level in theaters late next year.