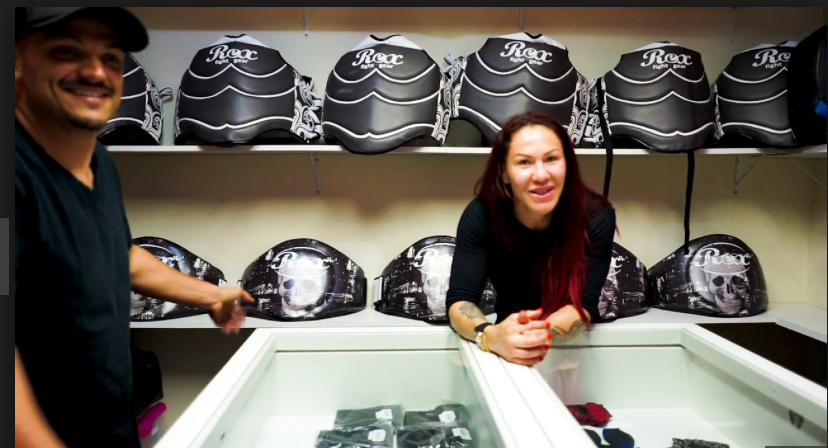 While in Brazil to promote her first MMA event in the country as a promoter, Cris Cyborg visited the shop of Rex Fight Gear, the leading manufacture of Brazilian made combat sports apparel and supplies.  Cyborg has had a long time partnership with Bruno Souza dating back many years before she became a 3x World Champion capturing the Invicta FC, Strikeforce FC, and UFC Championship belts in the 145lbs weight division.

Rex Fight Gear creates quality manufactured combat sports materials that are hand made in Brazil.  Bruno a lifelong martial artist has used his own extensive training and the feedback of the countless leading athletes he sponsors to custom develop pads, gloves, shin pads, head gear, shorts, and other supplies that are custom in design and premium in quality.

Cris Cyborg has a professional MMA record of 20-1, after losing her first fight via TKO injury, Cyborg has won 20 consecutive fights with an incredible 85%TKO/KO win ratio.  With UFC wins over Leslie Smith, Lina Lansberg, Tonya Evinger, Holly Holm, and Yana Kunitskaya, Cyborg has a perfect 5-0 record with the promotion including 3 two title defenses of her 145lbs UFC Championship and 2 140lbs supefights.