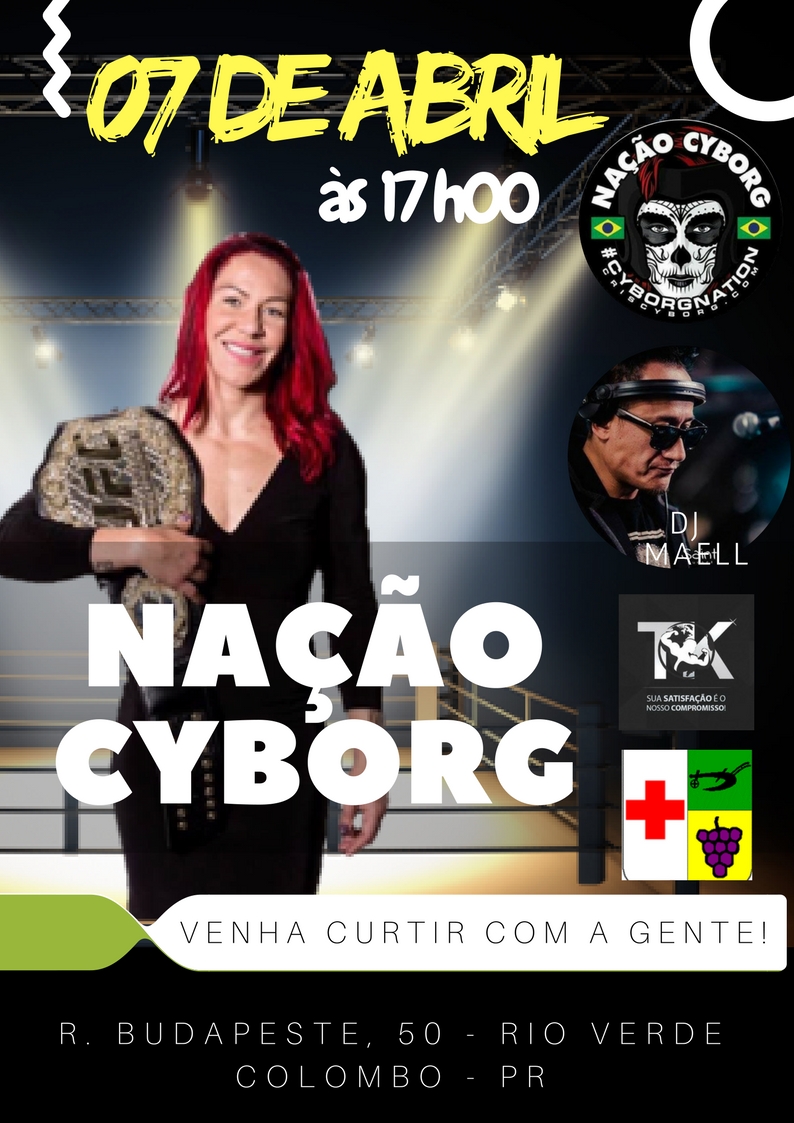 April 7th Cris Cyborg MMA will be promoting the Cyborg Nation Nacao Cyborg event in Colombo Brazil. Cyborg who was promoter of California’s first Amateur MMA state championship with CAMO, will be helping promote 4 professional MMA bouts, 10 amateur MMA fights, 1 BJJ Superfight, and 1 nogi submission wrestling Superfight in an event that will be overseen by the Colombo Governor’s office.  Companies or Individuals interested in getting involved with the event should contact Tani Bostos at NacaoCyborg@gmail.com for more details or to apply as an event sponsor.

Cyborg who fights March 3rd in Las Vegas against former world Champion Yana Kunitskaya at 145lbs, will be the main event for UFC 222 taking place at the Tmobile Arena in Las Vegas Nevada.  Tickets for the event are currently on sale.  If you are hosting a CYBORG NATION UFC PPV party, post the details in the comments below!

❗ATTTN: This is only for those who want to

and leaner. ❗
Who want more results from their training.
Who want to know my “secrets”.

I’ve partnered with one of the best and decided to let you know about
him.
You can GO HERE

now and watch a video.
https://join.theflexibleeatingnation.com/vsln1ic4qkf
Again – only if you’re serious about better results.