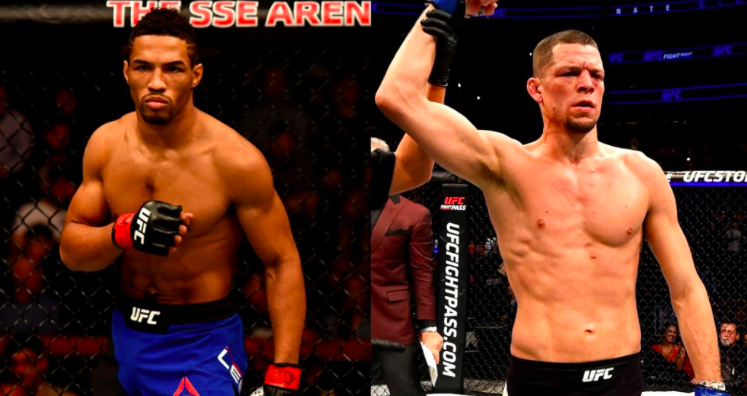 It appears with news that Nate Diaz is currently in negotiations with the UFC for a return fight, that Kevin Lee has decided to put his name into the hat as a possible opponent. Lee who is coming of a great fight that could have been fight of the night against Edson Barboza provided Lee would have made the 156lbs weight limit.  Since Lee was unable to make the weight, the fight was ineligible for a bonus however.

Speaking to MMA Junkie Kevin Lee had this to say;

“I’m going to do a little bit of traveling, see the world a bit myself and kind of expand some more of that life to experience, which is just going to make me a better fighter, Coming back? I don’t know. I think the Khabib fight is the right one to make, but the Nate one is out there to be had. I know Dustin and Alvarez, they’re getting in it again, as they rightfully should. But we’ll how this thing shakes out. I’m going to turn my focus onto Nate.”

Lee who is 17-3 overall as a professional has lost fights to Tony Ferguson, Leo Santos, and Al Iaquinta during his UFC career. The Detroit native is now living and training full time in Las Vegas and was able to put together a 5 fight win streak before his defeat to Tony Ferguson for the lightweight interim title.

Nate Diaz at 19-11 has not fought since UFC 202 where he lost a decision to Conor McGregor.  The fight was the second between the pair with Diaz having beat McGregor on a short notice fight at UFC 196 via Rear neck Choke. Nate who has losses against RDA, Josh Thomson, and Ben Henderson has never had an opportunity to fight for the UFC belt despite being a perennial UFC top 10 lightweight for the better part of a decade.