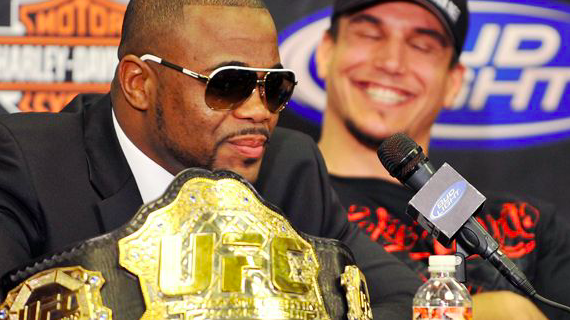 Former UFC Champion Rashad Evans could be fighting for his spot in the UFC.  The former Light Heavyweight World Champion has suffered in the UFC after losing six of his last 8 fights and four in a Row.

UFC 225 will take place June 9th in Chicago IL and will feature Yoel Romero and Robert Whittaker for the UFC Middleweight also on the card is Carla Esparza Vs Claudia Gadelha a fight that seems to have been in the making since they both were. fighting for Invicta FC