Did you hear the latest latest news about my fight Jan 16th in Orange County?!

As many of you saw Invicta FC promoter Shannon Knapp announced my next fight will be at 145lbs. I will defend my WORLD CHAMPIONSHIP January 16th, against a very tough Russian girl who has an impressive resume fighting on that side of the world, but will be making her debut in America when she fights me.  I still remember how I felt boarding that plane from Brazil for my first fight in America over 7 years ago and I’ll use this for motivation to make this a great fight for all the fans!

Not everyone realizes that in the pursuit of becoming a World Champion, I moved from Brazil leaving my family behind to come to America and train full time in 2009.  Currently living in Huntington Beach this will be a special fight for me because, even though I am not fighting in ‘Brazil,’ It is a chance to fight in my Home (Viva la Brasil!!) Away from home (USA), Orange County California!

Because of this I am extra motivated to put on a strong performance and show all my fans and critics why I am the only female MMA fighter to have stayed unbeaten during the last 10 years.

Some fans are disappointed I will not be making my debut at 140lbs as had been anticipated for November, however as a Team we felt it was best to make 145lbs without the usual IV Rehydration methods I am use to. Another thing people have failed to mention; is that even though I will not be allowed rehydrate with the IV, my Russian opponent, will, if she wants, since she is not subject to ZUFFA’S USADA testing program.

Moving forward I feel a healthy 135lbs Cris Cyborg is not a realistic goal. I have come to this conclusion after really dedicating myself to see if it was a possible option for my career. I have had almost a year of professional diet and nutrition coaches working hand in hand with my strength and conditioning team to help me organize a routine designed to decrease muscle density while maintaing muscle endurance, stamina, and coordination. For the past 8 months I have eaten my meals out of neatly ‘prepped’ plastic trays containing fish, veggies, and the occasional sweet potato. My mornings have started with fasted cardio sessions and my days filled with 2-3 training sessions pretty much 6 days a week. While it has been nice keeping such a busy schedule; fighting 3 times this year, my life outside of the gym is consumed with dropping weight. During this time we have not gotten me to a place where I feel confident in my ability to make 135lbs and at this time I feel even 140lbs would compromise some of the strength and power I am known for.

I have been Champion of my division for almost 10 years…Think about that for a minute… besides Jose Aldo there is no current MMA Champion in any division who has done that (Not even those guys who tested positive for steroids). Ronda Rousey was very dominate in her division, however it is my belief that she ducked the fight against me using 135lbs as the excuse to avoid facing an aggressive striker who was not going to be intimidated by her grumpy staredown.

Alistair Overeem gave a pretty accurate description of the situation in my opinion. The fight between Ronda and myself was never about any ‘Belt’, as much as it was two fighters stepping into the ring to entertain fight fans and leave memories of a fight that would be talked about for years. The reality is Ronda got dominate pretty easily by Holly Holm and is now getting ”Rewarded” with another rematch. It will be interesting to see what improvements if any she will be able to show. Stylistically I am a bit of a different striker than Holly Holm, however I think the matchup with me would have been just as violent and if she disagrees maybe now that she is not champ she is wiling to meet at 140lbs, LOL. but I don’t think that is going to happen anytime soon.

The immediate question after telling my management I was not going to fight at 140lbs was ‘WHAT NEXT?!”

While the Queen of the UFC has been dethroned and replaced with Holly Holm, it wasn’t that long ago that HER MANAGEMENT TEAM was promoting a SUPERFIGHT PPV between the two of us as a possibility. Ronda may have cleared out her division, but the one thing she DID NOT do was return to the division where she ran from!

Things are interesting now that Holly is the champion.  Traditionally in Boxing when you clear a division of quality opponents you move up to the next weight class. Examples would be Floyd Mayweather going up 5 weight classes, or even the Champ herself Holly Holm who held a World Boxing Title as heavy as 150lbs.  Holly still has a lot of work to do before she has cleared out the division however, If for whatever reason Ronda isn’t able to make that rematch, I’m sure there are more than a few fans who would buy a fight between us.

As a fighter all I can do is fight the best opponents my management and the promoters put in front of me. My decade of dominance has been highlighted with one of the most vicious MMA HIGHLIGHT Videos any fighter in any weight class could put together. Fans love my fighting style, and the fact that I was the main or co main event in 3 of strikeforce most viewed broadcasted events shows my ability to fill large stadiums before being promoted almost exclusively on Fight Pass.

My social media following without the UFC marketing machines help has already grown to almost half a million Facebook likes, 150,000 Instagram and another 100,000 Twitter follows which is comparable to several of the current UFC CHAMPIONS, and arguably bigger than ANY FIGHTER who has never fought in the UFC (Not bad for a girl from Brazil who could not even speak english when she fought Gina Carano KKKKkkkkk)

After this fight I will sit back down with my team and decide what the next steps in my career should be. I am still open to the idea of trying to fight at a lower weight however it would have to come with a plan by the promotion for a quality opponent with marketing to give it the Superfight feeling it deserves. While Joe Rogan recently apologized for his joke about me having a Dick on the flight home after the Rousey KO, with UFC President Dana White and some less than funny comedian on his podcast, that’s probably the only time I have ever heard him refer to me as a UFC Fighter!

While the UFC has invested in a new Reality TV Show to find an opponent for a guy who has never had a professional fight (CM PUNK) and has no problem putting a fighter who has a 1-2 losing record. I am being told that my division is not in the plans for the UFC and because of that I have been kept on Fight Pass.

While there maybe no plans to add my division in the UFC The fact that they were able to take Ronda Rousey to Brazil and pack a stadium full of my people with an opponent who use to fight at 125lbs should be proof that they could find someone to face me in my own division or a catch weight and do something special for my fans!

If ZUFFA is having troubles finding someone at 145lbs to promote against me, I would be willing to go up in weight and face whoever is regarded as the baddest woman on the planet! (they’ve done catchweight fights in the UFC before)

For the time being I am going to focus my attention on what is in my control, which is my Invicta fc defense Jan 16th. I will train hard and let my ability in the ring speak for itself. As always I appreciate all of my fans and supporters who have been with me since the beginning, and feel confident that no matter where I am fighting or what organization I’m fighting for, people will want to watch the real Mike Tyson of WMMA and continue to support my career.

News on Tickets for my fight in the OC coming soon but until then check out the links below.

Order a CUSTOM CRIS CYBORG SHOUTOUT for yourself or a friend to congratulate on a lifetime achievement, wish a Merry Christmas, or just remind someone that you miss them!

January 23rd and 24th is my next PINKBELT FITNESS WOMEN’S ONLY RETREAT, space is limited Call +1-714-5339 to register EARLY ENROLLMENT DISCOUNTS! 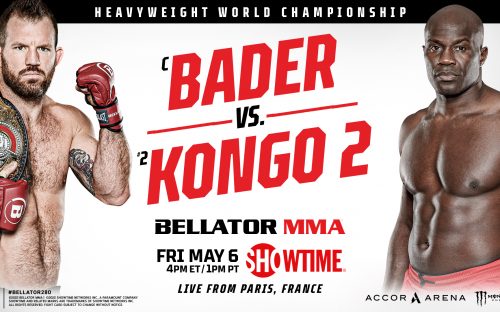 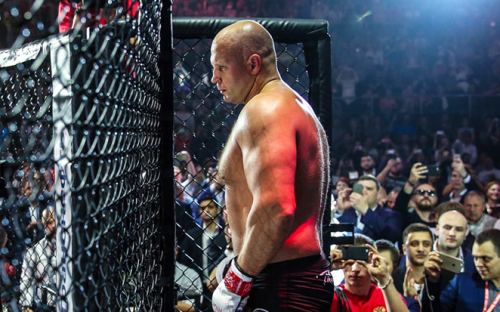