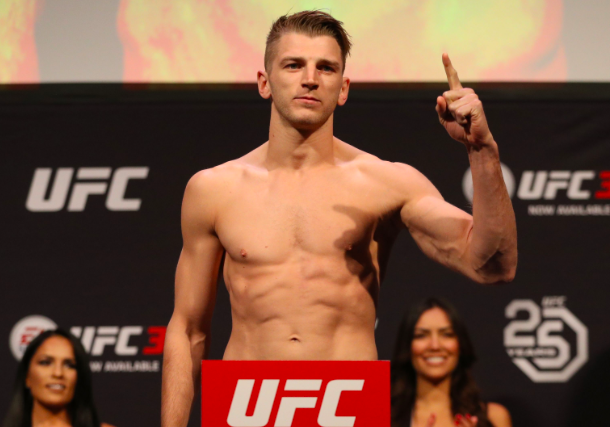 UFC 226 was suppose to be the Super fight card with Daniel Cormier fighting against Stipe Miocic and Cris Cyborg battling Amanda Nunes, however after Nunes accepted a fight at UFC 224 against Raquel Pennington, instead of fighting Cris Cyborg at UFC 222 or waiting until the 226 event in Las Vegas, it now appears fans are no longer going to get the Cyborg V Nunes fight at UFC 226

Looking to keep the card stacked, the UFC has added another fight to the card, and while not a ‘super fight’ it is a very important fight for the UFC lightweight division, as both Dan Hooker and Gilbert Burns are riding winning streaks as they head into the pivotal matchup which will take place in Las Vegas as part of UFC 226.  While Cyborg Vs Nunes is looking less and less likely for the event, promoters went ahead and added another fight.

Following a decision loss to Jason Knight at UFC FN 101, Hooker has won 3 in a row over Ross Pearson, Marc Diakiese, and Jim Miller. Gilbert Burns lost a decision to Michel Prazeres at UFC FN 95, and has now gone on to win two consecutive fights via KO, including an impressive win over Jason Saggo and Dan More.  This bout will be an important fight in the lightweight division as both fighters are looking to move up the ranks.