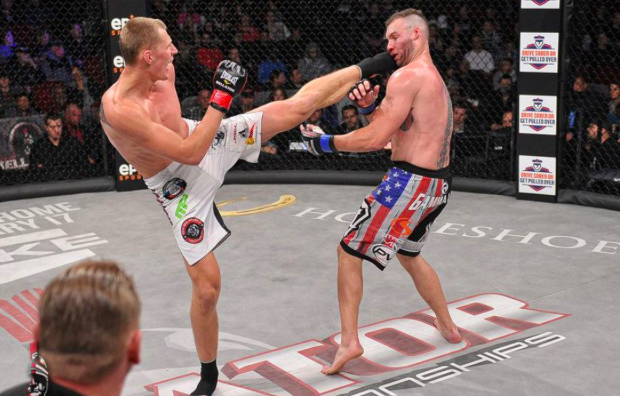 One thing the last year has taught us, is that just because the UFC announces a main event, doesn’t alway mean that it is going to go off as expected. With Max Holloway at UFC 222 getting injured, and then the UFC 223 main event getting changed, we have seen more than our share of last minute changes to save a fight card in 2018.

With the fight happening at heavyweight the UFC isn’t going to have to worry about anyone making weight, however in case there is an injury or something else crazy happens, it appears that MMA Team Dagestan fighter Alexander Drago Volkov is preparing himself to be ready to step up and take the fight on short notice if needed.

Alexander Volkov will be present at #UFC226 Miocic vs. Cormier,
in case of injury to one of the fighters Volkov as a substitute. pic.twitter.com/uVTUbJ2M38

Volkov beat Former UFC Champion Fabricio Werdum in his last fight and has won six in a row-with 4 of those fights coming in the UFC. With 36 career wins to his resume, he is quickly asserting himself as the next top contender at heavyweight.