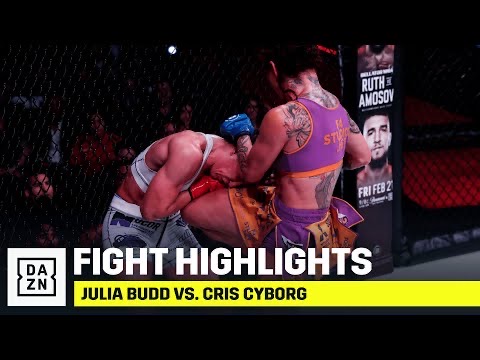 A Brazilian Jiu Jitsu Brown Belt, Cyborg showed great skills almost ending the fight via a Triangle submission in the first round before transitioning to an armbar which was defended by Julia Budd.  In the 3rd round Cyborg’s BJJ was again on display as the round came to a close with Cyborg in full mount reigning down powerful Ground and Pound.

Cyborg who recently joined coach Richie Quan full time for her training camps, reminded people of the aggressive KO machine of old as she dominated landing over 70% of her strikes and outlanding a retreating Budd nearly 2:1 in power shots. With the victory Cyborg became the first Grand Slam Champion in the sport of Mixed Martial Arts having captured the Strikeforce, Invicta, UFC, and now Bellator MMA World Championship belts at 145lbs.