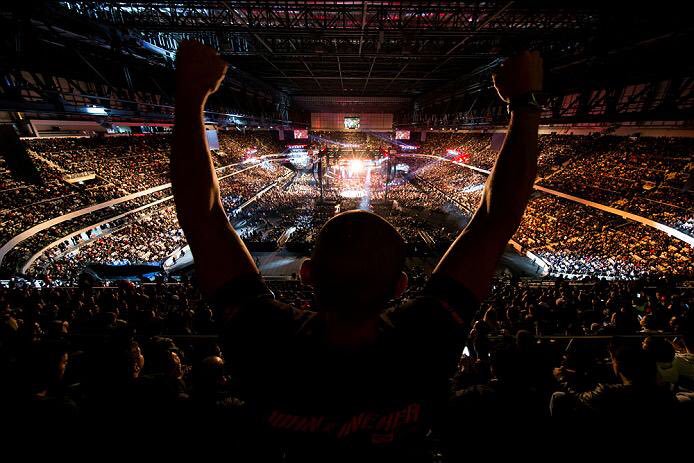 Cris Cyborg already known as the biggest female star in the sport of Mixed Martial Arts is now using her platform to help create an opportunity for other athletes who are aspiring to be a professional fighter in Combat Sports by organizing and promoting the Nacao Cyborg mixed combat sporting event with her brother Rafael Justino.

I’m happy to announce my Mixed Combat Event Nacao Cyborg set an attendance record last weekend with 4,080 tickets sold making it the 2nd most attended combat sporting event in the Brazilian state of Paraná during the past 10 years behind only my @ufc debut at #UFC198 in Curitiba pic.twitter.com/FOA4z2ZL8u

Recently returning to Curitiba Brazil for the 6th edition of the promotion, the event has been seen with great success–with the most recent edition being featured on Brazilian Television network BAND TV in front of a sold out crowd.  With official ticket sales coming in at 4,080 tickets Nacao Cyborg VI set a 10 year high for the Brazilian State of Paraná becoming the 2nd most attended combat sporting event in the region, second behind only Cris Cyborg’s UFC debut in Curitiba which drew a record 45,207 fans–making it the third most attended UFC event ever at the time.

Cyborg who has not fought in Brazil since 2016 will be looking to return to Brazil for a fight after her Jan 25th bout against Julia Budd taking place at the historic Forum in LA with broadcast partner DAZN as Cyborg looks to become the only fighter Male or Female to capture every major world title in the same weight category.