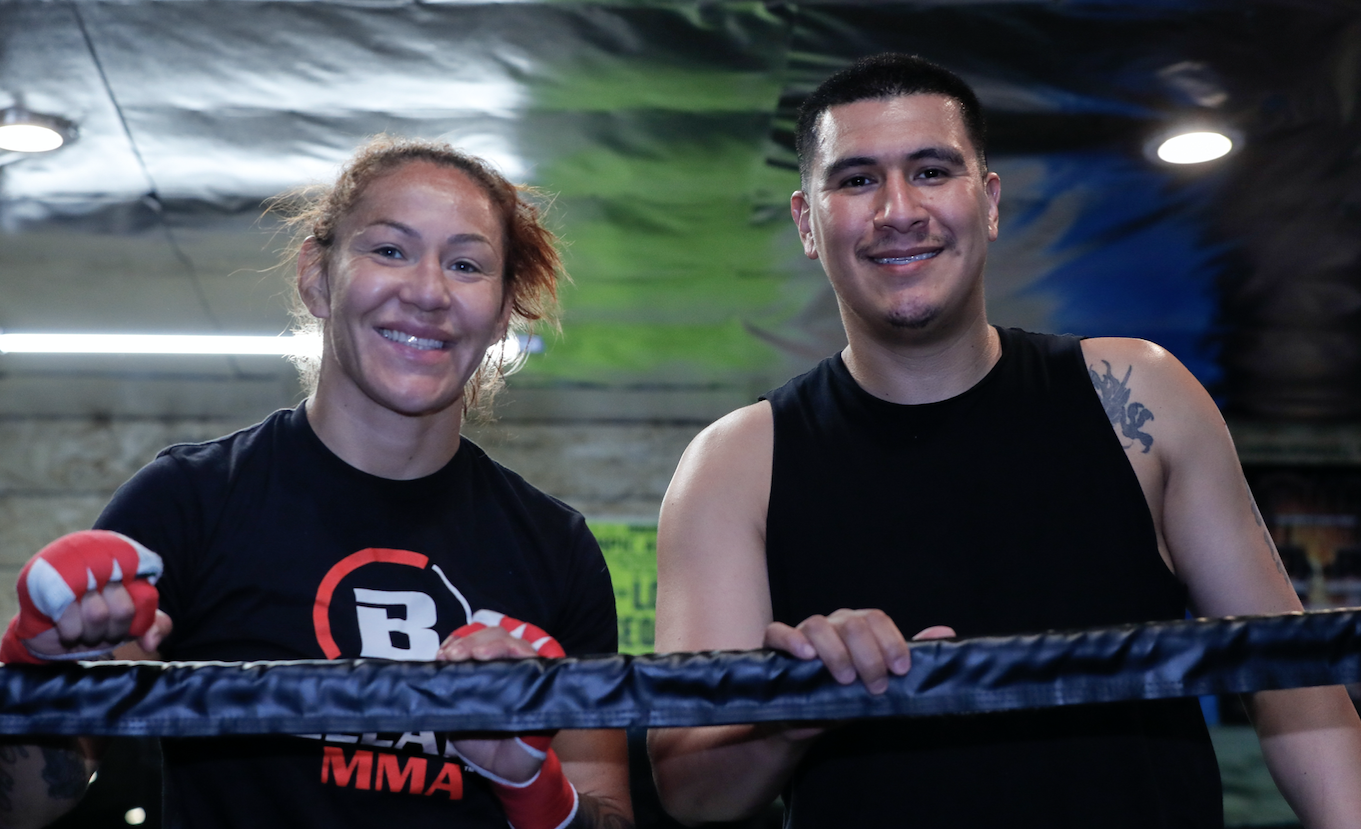 Cris Cyborg is the only Champion in Mixed Martial Arts to win every championship in the sport, making her MMA’s only Grand Slam Champion.  Bellator MMA, UFC, Invicta, StrikeForce Featherweight World Championships on her resume, Cyborg is looking to make a challenge for a boxing world championship sometime in the future.

A 2x IBJJ World Champion in Grappling, Cris Cyborg is also an ADCC medalist, as a free style wrestler she owns a win over Greco Olympic Wrestler Aline Ferreira.  Challenging for the Lion Fight Muay Thai Championship, Cyborg is considered a true Combat Sports Athlete which is her motivation for pursuing a boxing performance for her fans.

Coach Vergil Ortiz Sr is the father of current ESPN #1 boxing prospect Vergil Ortiz Jr who is 15-0 with 15 KO’s as a professional at only 22 years old after an amateur career that saw him becoming a 7x National Champion and the winner at the 2013 Junior Olympics.

Those of you who are interested in enrolling into the Small Group mastermind with Cris Cyborg and Eric Faro which is going to be a 4 week program surrounding building the mentality of a champion, be sure to click here. registration is almost at capacity.