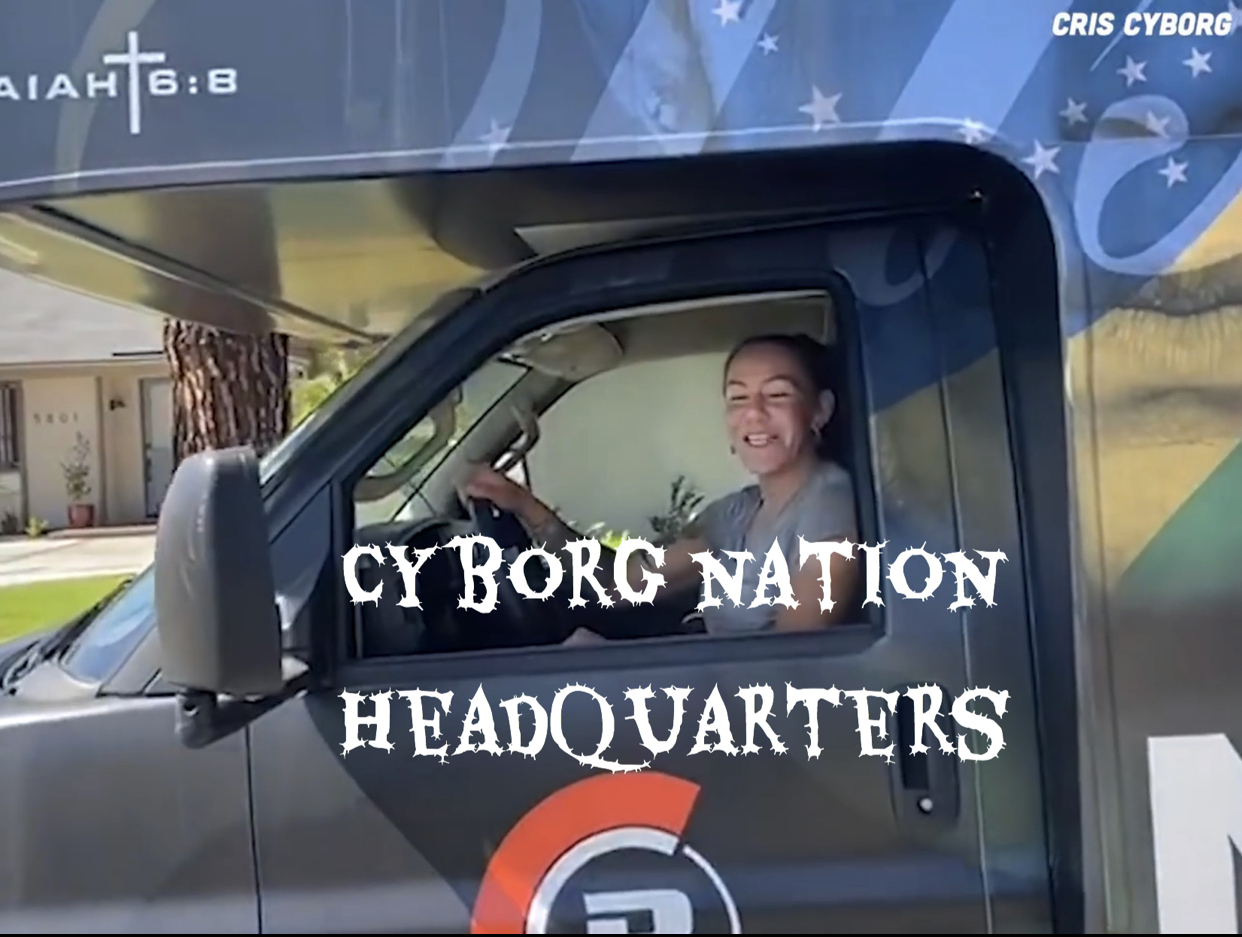 A Brazilian Jiu Jitsu Brown Belt, Cris Cyborg is spent over 13 years undefeated before an upset defeat to Amanda Nunes before dominating Felicia Spencer in Canada to complete her UFC contract and become a FREE AGENT in the sport.  Signing with Bellator MMA, president Scott Coker announced Cyborg’s contract as one of the highest paying contracts in the history of mixed martial arts competition.

Facing a champion in Julia Budd who was undefeated for 8 years, Cyborg put on an impressive performance winning in the 4th round via TKO as the referee stopped the fight.  Cyborg Nation is a legion of loyal fans that have followed Cris Cyborg’s career as she defeated Gina Carano in Strikeforce, Marloes Coenen in Invicta, Holly Holm in the UFC, and Julia Budd with Bellator.  Look for the #CyborgNation tour bus anytime you are looking for Cris Cyborg!