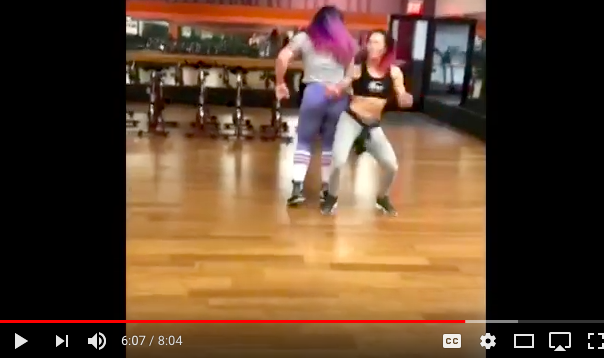 This Saturday UFC Champion and former Invicta FC, Strikeforce Champion Cris Cyborg will be putting her 13 year unbeaten streak in MMA on the line when she faces Yana Kunitskaya a girl who is 8-1 when competing at 145lbs or heavier with 7 knockouts!

Cyborg who is currently in Las Vegas for fight week took a few minutes in her 2nd episode of Cyborg Nation to read some comments left on her Youtube Video dancing with Gabi Garcia.

UFC 222 will take place THIS SATURDAY at the Tmobile Arena in Las Vegas Nevada, the undercard headlined by BJJ Black Belt Mackenzie Dern will air on FS1 prior to the PPV portion of the event.  Cyborg Nation make your PPV plans now!