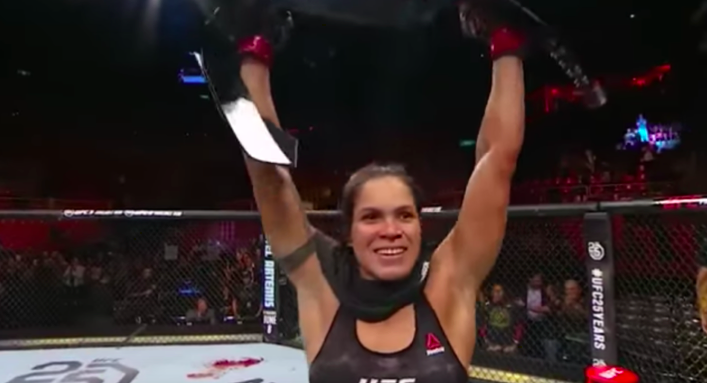 If rumors from TerezOwens are true, and UFC 224 only sold 85,000 buys, it doesn’t appear that the promotion is going to be much happier with the announced attendance.  With a crowd of 10,696 announced at the post fight press conference, UFC 224 will go down as the least attended pay-per-view event of 2018 so far. There was no official statement on how many of those tickets were considered complimentary and not paid attendance.

UFC 212 which was held almost a year ago inside the same Jeunesse Arena in Rio De Janeiro drew an attendance of almost 5,000 more fans, an event which was headlined by Brazilian star Jose Aldo against Max Holloway. As is typical with events in Brazil, no official Gate was made public. By comparison UFC 222 headlined by Cris Cyborg V Yana Kunitskaya had an announced attendance of 12,041 fans with a gate of $1,367,43.76 announced for 7,424 ticket sold.

A look at the Gate and Announced Attendance of the other 2018 #UFC PPVs. pic.twitter.com/thX3MdwcGJ

Amanda Nunes who has now won 7 fights in a row since her 2014 TKO loss to Cat Zingano is rumored to be fighting Cris Cyborg at UFC 226 in Las Vegas during International Fight Week.  Nunes who has been medically suspended following her victory over Raquel Pennington due to a foot injury is expected to see a doctor soon to determine if she is able to fight on that date.  If Nunes is unable to fight in July, expect Cyborg to face the winner of UFC 225 Holly Holm V Megan Anderson while Nunes rehabs from injury.