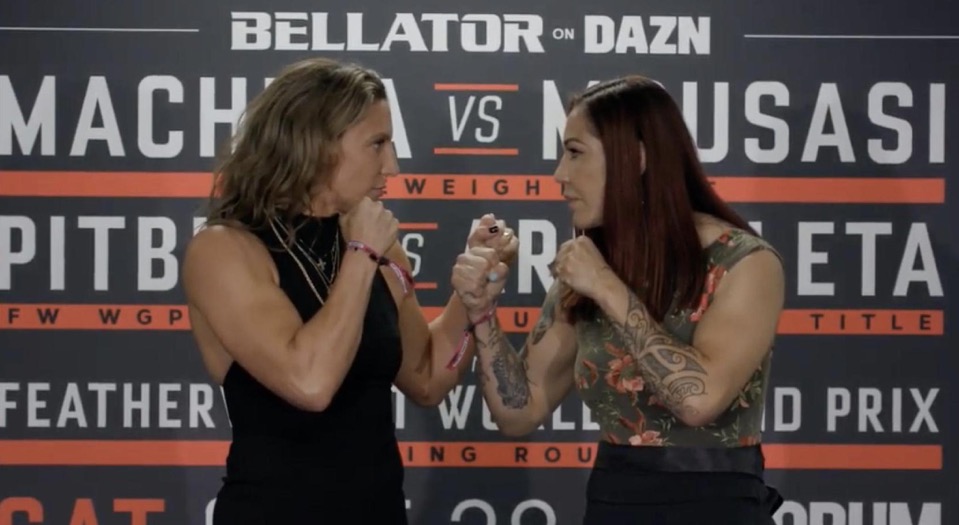 Do you want to guarantee you have a seat Jan 25th at The Forum in Los Angeles when Cris Cyborg battles Julia Budd in her attempt to become the only athlete in MMA–Male or Female– to capture all 4 of the major world titles in the same weight class as she faces Julia Budd for her Featherweight Bellator MMA Championship live on DAZN.

Tickets will officially go on Sale to the public Friday morning, however fans on Cyborg Nation wanting to ensure they are able to get the best seat and ticket location, CAN PURCHASE THEIR TICKETS TODAY with the #CyborgNation code ‘SOCIAL’ Fans who attended UFC 232 know that the Forum is a small venue and with these tickets being reasonably priced a sellout is expected.

Cyborg who has already captured the Strikeforce, Invicta, and UFC Championship Belts at 145lbs during her historic career recently signed one of the largest contracts in all of Mixed Martial Arts as the Free Agent left the fledgling featherweight division of the UFC for the already established and bolstering 145lbs division promoted by Scott Coker and Bellator MMA.