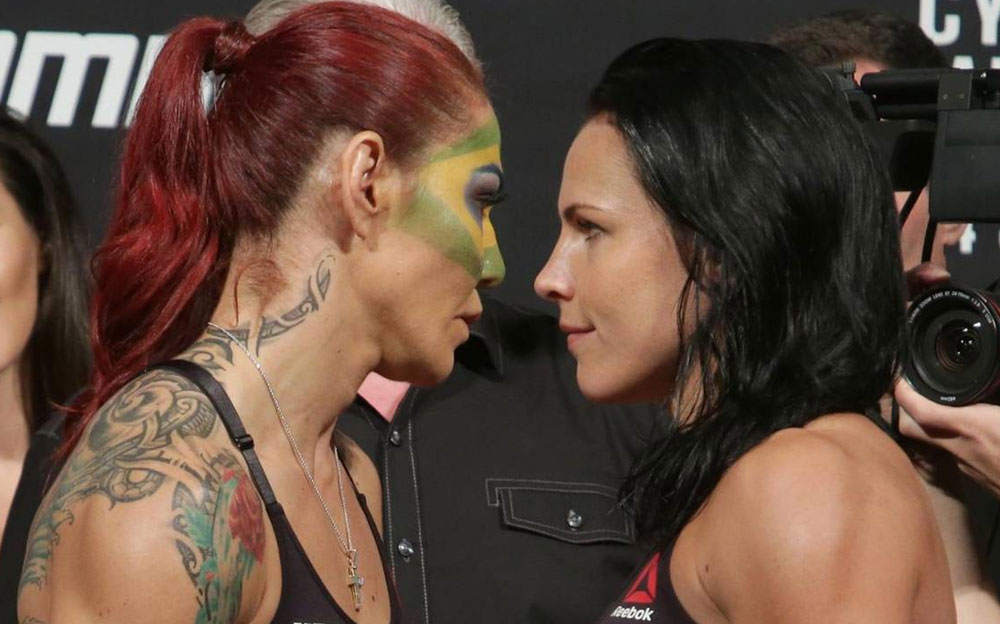 Cristiane Justino better known to fans as Cris Cyborg continues to show her fans that she is the biggest star in Women’s WMMA now that Ronda Rousey and Miesha Tate are retired and no longer fighting inside the octagon and the UFC. Recent reports from Brazil show that her fight at UFC Brasilia became the most watched Women’s Mixed Martial Arts Fight of the year in the country!

Beating Lina Lansburg at UFC Brasilia by TKO Cris Cyborg continued her 10 years unbeaten streak despite dropping to 140lbs for a second consecutive fight. UFC Brasilia was a ratings success not only in the country of Brazil but on the TV sets in the United States scoring a 1.3 million views at the peak and averaging more than any other event broadcasted on Fox Sports 1 by the UFC to be headlined by a female Fighter.

Cris Cyborg has continued the trend of events headlined by female fighters scoring big ratings on TV. Now that Cris has proved herself a television rating success in Brazil and in the United States, it will only be a matter of time before Cris makes a PPV appearance in the Untied States.