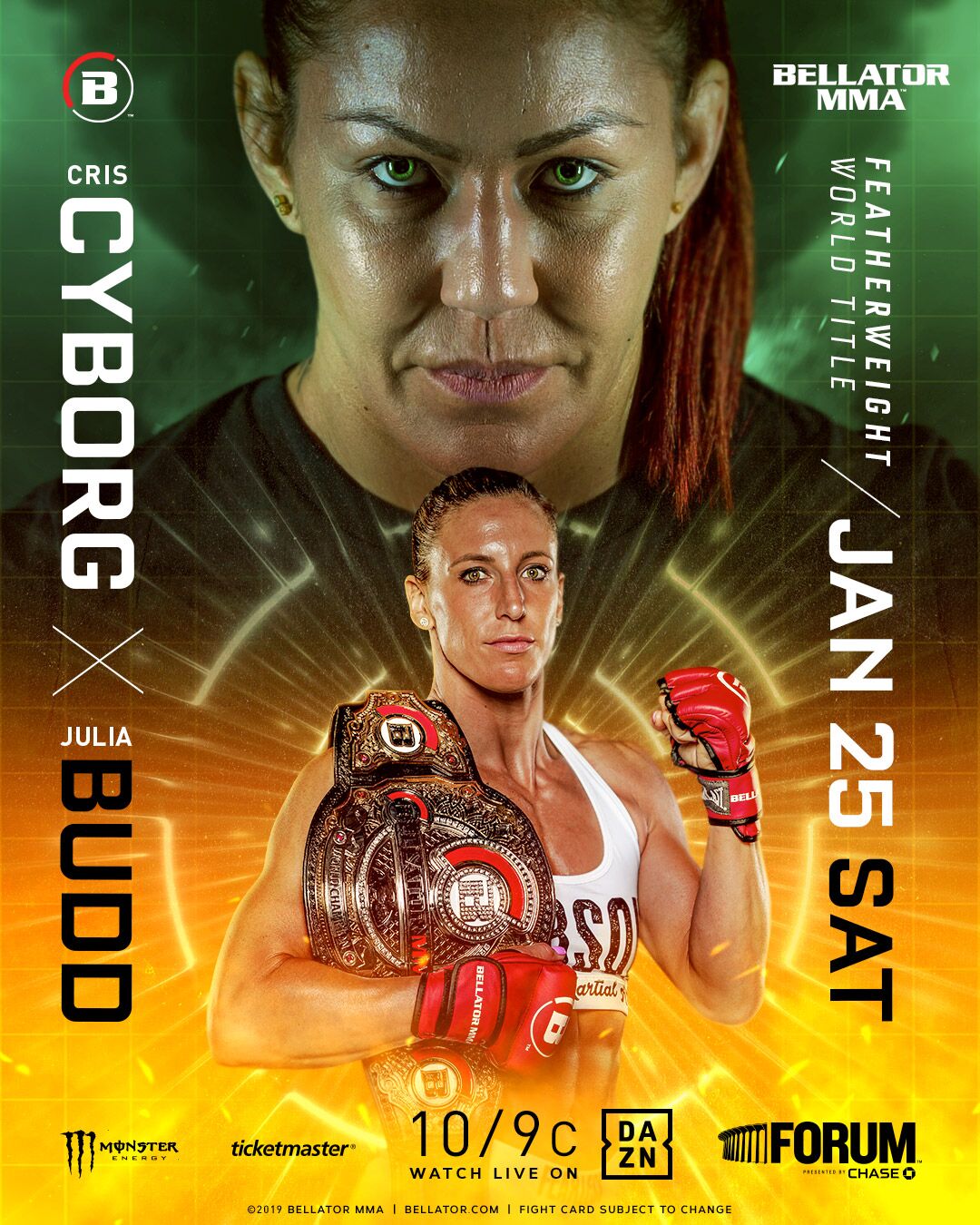 Cris Cyborg will look to make history again January 25th at the Forum in Los Angeles as she attempts to become the only professional in MMA- Male or Female- to capture the four major world titles in the same weight division.  Already a Strikeforce, Invicta FC, and UFC Champion at 145lbs, Cyborg will look to extend her legacy becoming the only 4 crown champion in the history of mixed martial arts.

Following a dominate victory at UFC 240 against former Invicta FC Champion and Brazilian Jiu Jitsu Black Belt Felicia Spencer, Cyborg left the UFC rather than resigning with the promotion at the conclusion of her contract, making her one of the top free agents in the history of the sport.

Cyborg who will reunite with promoter Scott Coker for the first time since the UFC purchased the STRIKEFORCE organization will look to continue her streak of dominance and improve on her 21-2 record. While Budd will look to continue her 8 year unbeaten streak when the two face off January 29th at The Forum in Los Angeles California available on DAZN.  Companies interested in Sponsorship opportunities should email CrisCyborgMMA@Gmail.com for Inquiries.