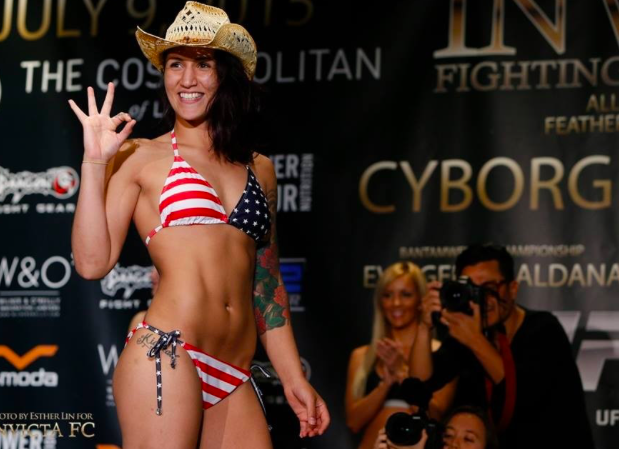 After starting her career a RED HOT 8-0 with wins over UFC fighter Lina Lansberg, Bellator standout Annalisa Bucci, and Flyweight contender Jessica-Rose Clark it seemed she was set to become the next WMMA superstar from Scandinavia.

Pannie Kianzad currently the world #16 ranked Bantamweight according to Tapology will look to move into the top 15 with a win against former Jungle Fight Champion Contender Bianca Daimoni of Brazil at Invicta FC 29.  The main event will feature Sara Kaufman Vs Katharina Lehner fighting for the vacant Bantamweight title. Bianca Daimoni is 7-2 as a professional and currently the #33rd ranked Bantamweight in the country of Brazil according to Tapology.com The bout will be shown on UFC Fight Pass May 4th from Kansas City Missouri.