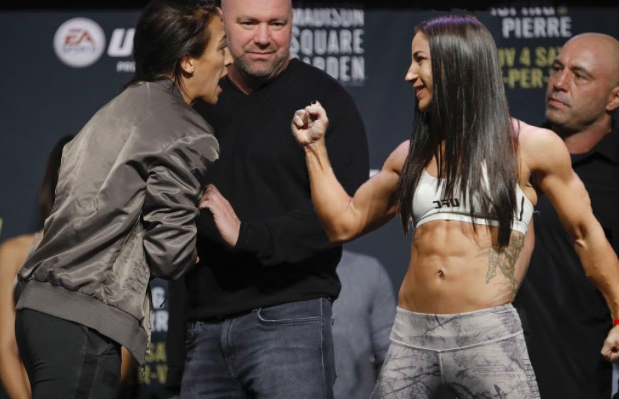 Former UFC Champion Joanna Jedrzejczyk will look to get back into the win column and be competing in her first non title fight in almost 4 years.  14-2 overall, Joanna has lost her last two fights to Rose Namajunas.  Stepping into the octagon across from Jedrzejczyk will be Tecia Torres who like Joanna has only lost 2 fights, with an overall record of 14-2 and 6-2 in the division.

Jedrzejczyk who is still the top contender at strawweight will face a surging Tecia Torres looking to place herself in the divisions top 5.  UFC on Fox 30 already has an announced fight of Jose Aldo Vs Jeremy Stephens and now we know Joanna Jedrzejczyk will face Tecia Torres inside the Scotiabank Saddledome in Calgary Canada.

The winner of this fight will no doubt move up the rankings, and hopefully earn another chance at the strawweight title currently held by Thug Rose Namajunas.  Tecia Torres suffered a loss to Jessica Andrade at UFC on Fox 28 however prior to that she was on a 3 fight winnings streak.