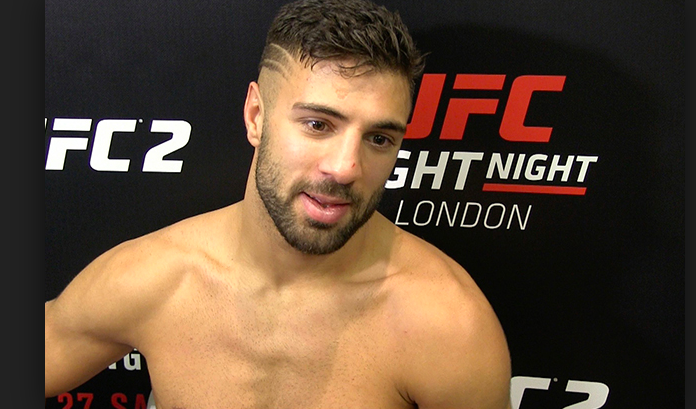 According to multiple sources in Sweden the UFC is targeting David Teymur for the UFC Liverpool event.  Teymur is a light weight fighter who was part of the Team McGregor Vs Team Faber ultimate fighter season.  To get into the house Teymur defeated John Nunez.

Currently 4-o in the UFC Teymur has wins over Drakkar Klose, Land Vannata, Jason Novelli, and Martin Svensson.  Half of those wins have come VIA TKO or KO.  David has an older brother named Daniel who is also signed to the UFC. Both brothers transitioned from extensive kickboxing records into the sport of MMA.  David was the first to be signed to the promotion followed two years later by Daniel.

No opponent has been mentioned, however Cyborg Nation is hopeful David will face a striker. Teymur a veteran of over 41 kickboxing fights has only lost twice.  As an amateur David captured the IFMA bronze medal at the Worlds in 2009 and is a multiple time Swedish National Champion. Who would you like to see David Teymur face at UFC Liverpool?