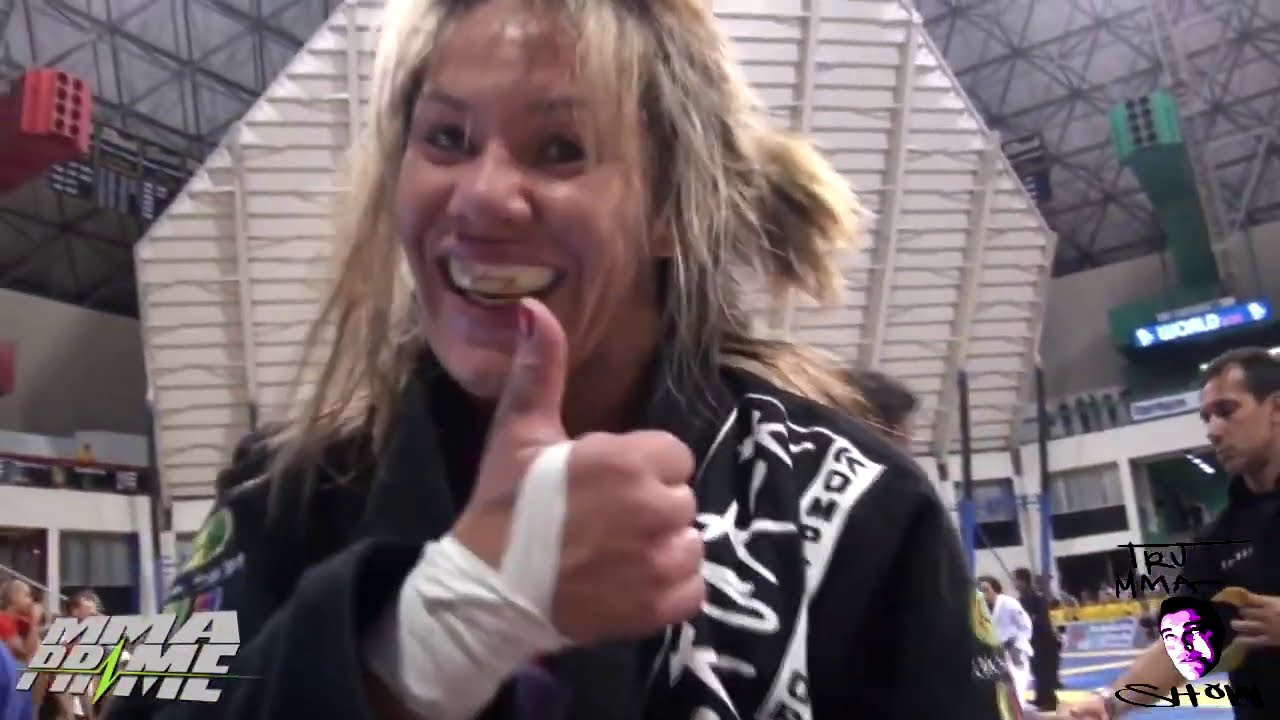 While many people look at Cris Cyborg and see her 90% KO Career win ratio and think she is just a striker, that is because we have not had an opportunity for MMA’s only Grand Slam Champion to showcase her wrestling and grappling abilities.

An 8 year Brazilian Jiu Jitsu Brown Belt, Cyborg was promoted to the rank in 2012 after winning her second IBJJF Mundial’s competing in the Kimono at the Adult Purple Belt division.  Having competed in wrestling, Cyborg has a win over Brazilian Olympian Aline Ferreira in addition to an ADCC Bronze Medal she earned competing at the prestigious Nogi championship.