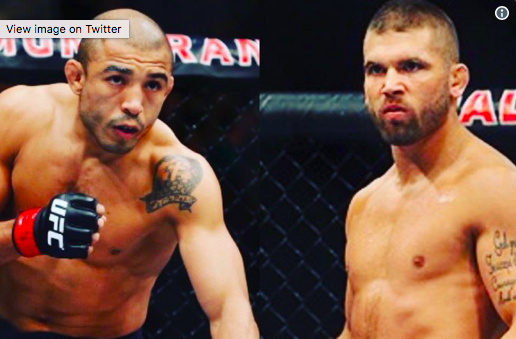 It was originally reported that Jeremy Stephens would face Jose Aldo in Singapore June 23rd, however the UFC announced at the recent press conference that Leon Edwards Vs. Coyboy Cerrone was the main event for UFC Singapore.

Now according to reports from Combate Canal the bout is not going to take place in Singapore but will be held July 28th for a UFC on Fox event.  It has not been said what city it will take place at, however Ariel Helwani is reporting that it will be Calgary Canada.

According to multiple sources, UFC has earmarked July for its next show in Canada. Currently, Calgary is the frontrunner to host the event (7/28). Nothing finalized at this moment, though. Could this be it, Calgary? Will the post-149 promise finally come to fruition? Stay tuned.

Canada along with Brazil are two of the strongest foreign markets for the UFC in terms of international media rights.  Jose Aldo who went a decade undefeated before suffering losses in two of his last 3 fights will be facing a surging Jeremy Stephens who has won 3 fights in a row by taking out Gilbert Melendez, Doo Ho Choi, and Josh Emmett in the process.