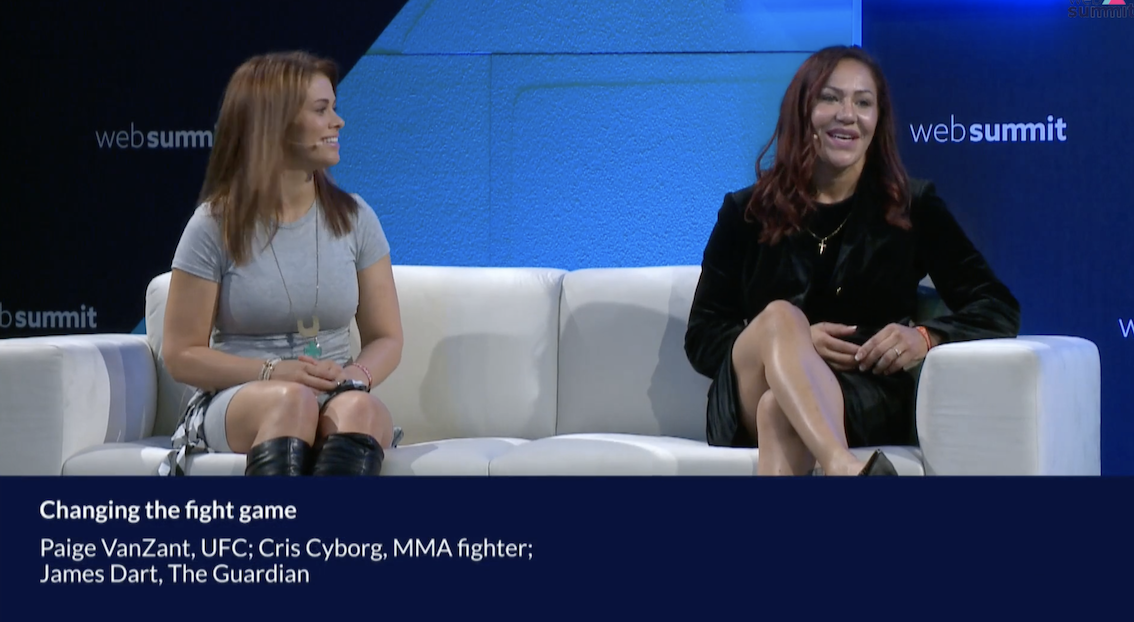 Cris Cyborg is one of the biggest brands in the sport of Mixed Martial Arts, and subsequently one of the largest brands in all of female sports and was recently featured alongside Dancing with the Stars reality winner and UFC fighter Paige VanZant at the 2019 Web Summit held in Lisbon Portugal, the world’s largest global tech summit bringing together the worlds most influential people, businesses, and brands in the world of technology.

Paige VanZant (PVZ) who will be fighting Amanda Ribas this weekend at UFC Fight Island in Abu Dhabi  at UFC 251 will be fulfilling the final fight on her promotional contract with the Ultimate Fighting Championship (UFC) before becoming a Free Agent.  PVZ who is fighting the remaining fight on her contract at Strawweight 115lbs is expected to be fighting in her last fight at that weight before an eventual move up to the female flyweight division.

Cyborg who was the last premier MMA Free Agent to leave the UFC chose Bellator MMA, and there is speculation that PVZ will be one of the hottest free agents the sport has seen in 2020.  With a win this weekend Paige VanZant will be entering free agency with a big win over one of Brasil’s rising prospects, however even with a defeat Paige VanZant has done a great job of building her brand and platform that recreating herself in a new weight division gives any promotion the opportunity to continue building her combat sports star.