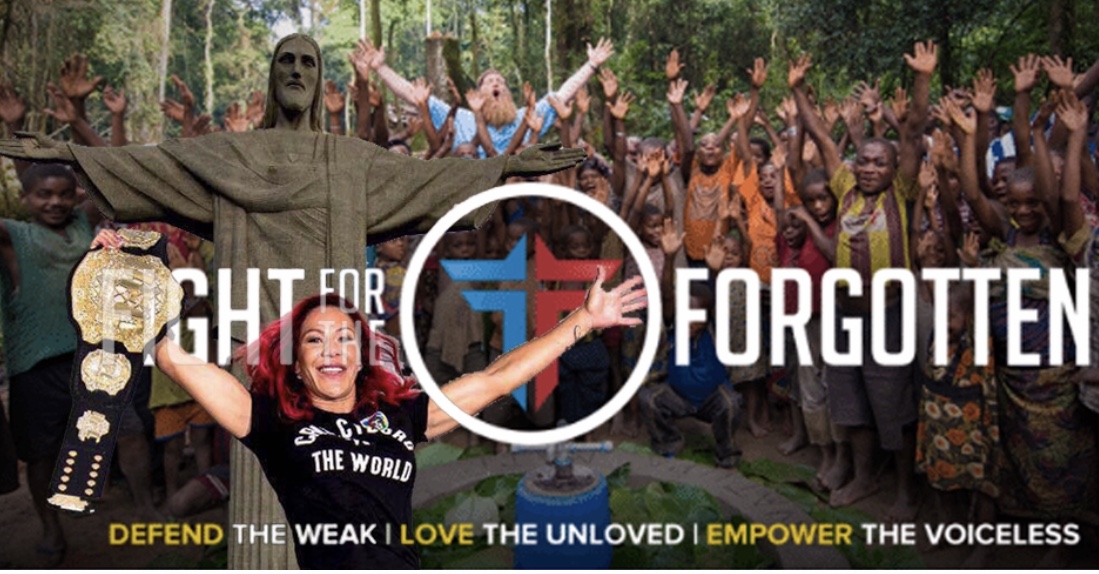 Justin speaking about the project,  explained; “We are working this year to get the Batwa Pygmy people titles to new land, empower a team of local entrepreneurs to drill their own water wells, and launch a sustainable farming initiative that will both put food in their bellies and allow them to sell their produce at the market. We are stoked that Cris has decided to fight for people alongside us!”

Justin “The Big Pygmy” Wren was introduced to the water crisis firsthand in 2011, when he stepped away from the cage to live for a year with a forgotten tribe of Mbuti Pygmies deep in the jungles of the Congo. The tribe was beaten down by economic enslavement, disease, and hopelessness. But through Justin’s Fight for the Forgotten initiative, 1,500 members of this formerly enslaved people group are now free and flourishing on 2,470 acres of their own land with access to clean water and their own farms.

“When I heard of Justin’s work in Africa it really touched my heart. It’s amazing to see how his work is empowering the local communities by creating progress and change,” says Cyborg. “Globally more than three million people die each year from water-related diseases, so when the opportunity to get involved became available I knew this was a cause God was putting in my heart.”

Cyborg will be traveling to Uganda to meet with the Batwa Pygmy tribe for the grand opening of the water wells with Justin Wren and his FFTF foundation, The initial plans are to document the experience and release a series for Youtube sharing the experience, if any companies are interested in participating in the Cyborg Nation on Location video series, they can email CrisCyborgMMA@Gmail.com for sponsorship options.