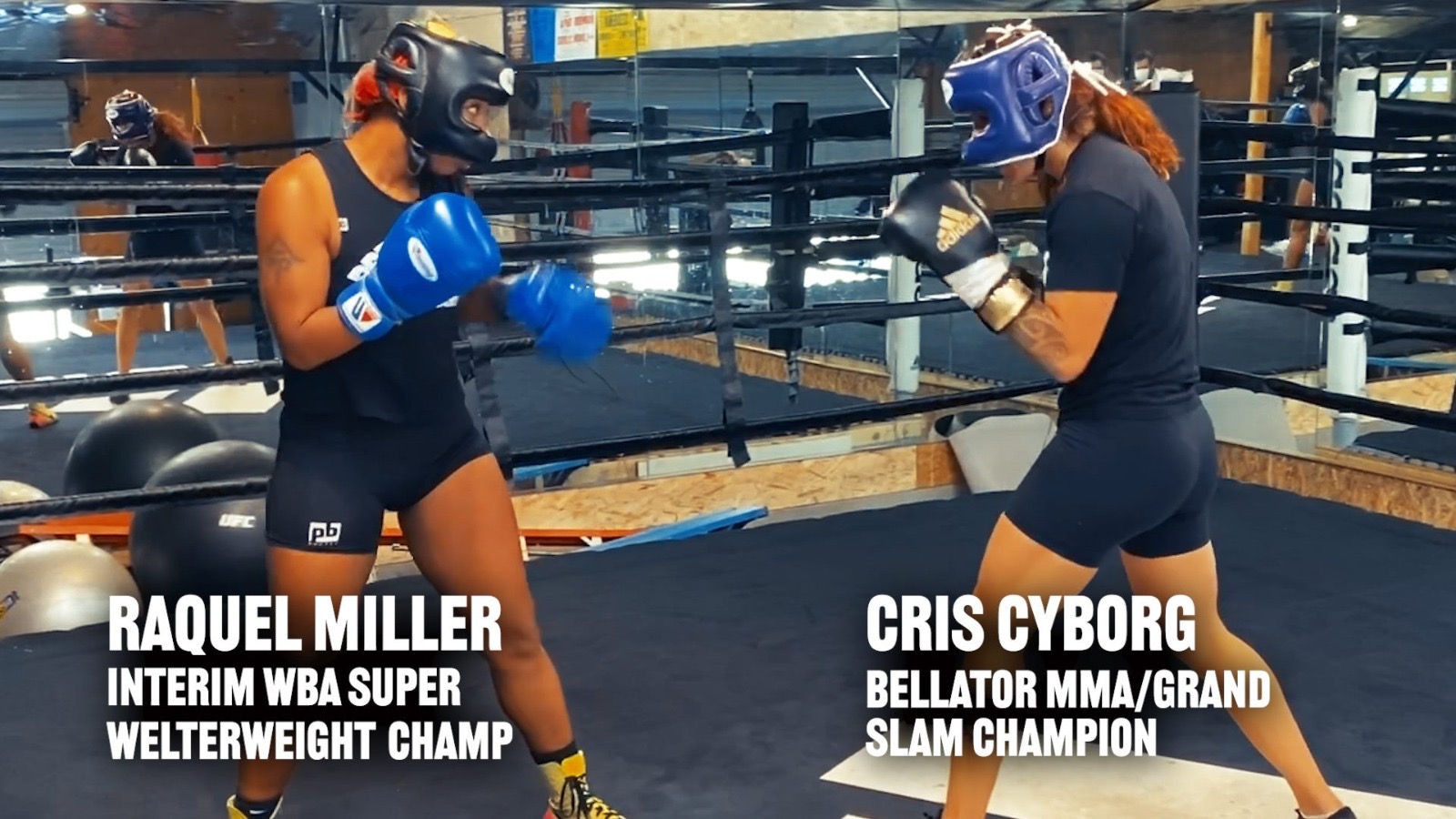 With Bellator MMA officially making it’s return from a Covid-19 caused shutdown, fans are excited to see video of MMA’s only Grand Slam Champion; Cris Cyborg already looking like she is in fight shape and ready to compete.  Expected to face a top contender; Leslie Smith, Arlene Blencowe, Cat Zingano, and Sinead Kavanagh could all be options as Bellator MMA looks to best utilize their talent ahead of a full return to action.

Currently ranked as the #2 Super welterweight in the USA, and 15th in the world Raquel Miller is a former Team USA boxing star who is now 10-0 as a professional with 4 KO’s on her record including a KO victory over former MMA World Champion Erin Toughill where she captured the WBC NABF Female Middle Weight World Championship.

Cyborg who has teased a venture into boxing is already licensed at the Superwelterweight division by the CSAC, and is expected to have her first professional boxing fight sometime in 2020 has brought in Raquel Miller to help her prepare for her upcoming MMA Grand Slam Championship defense a title she won becoming the only female fighter to capture the Bellator MMA, UFC, Invicta, and Strikeforce featherweight world championships.