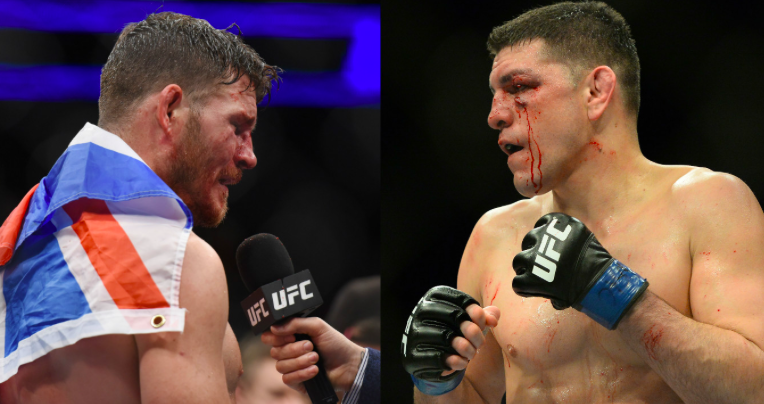 Last week the rumors were that the UFC was talking to Michael Bisping about a possible retirement fight with Nick Diaz now that Diaz has recently been cleared by USADA.  Diaz who was suspended for a year by USADA following 3 failed wearabouts notices, has only been tested once in 16 months according to the official USADA testing site despite remaining in the testing pool the entire time.

Speaking to MMANYTT
“No, no. I’m not fighting Nick Diaz, it’s all total bullshit. I haven’t spoken to the UFC about anything, they haven’t even come to me. In fact, I’m a little bit offended the Ultimate Fighting Championship – what the fuck?”

While Bisping was quick to say that the rumors where not true, he also mentioned that he was hopeful to have a last fight and that it would probably take place at light heavyweight, however he’s open to the idea of a catchweight bout against Nick Diaz.